In this article, I want to talk about Flattened Shares and how it works with HA and DRS..  let’s go !

A scenario where and when this can occur would be the following: 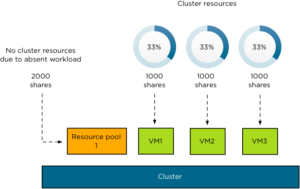 When the host fails, both VM2 and VM3 will end up on the same level as VM1, the Root Resource Pool. However, as a custom shares value of 10,000 was specified on both VM2 and VM3, they will completely blow away VM1 in times of contention. This is depicted in the following diagram: 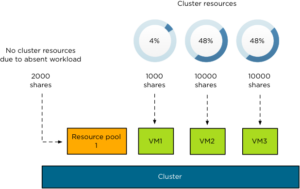 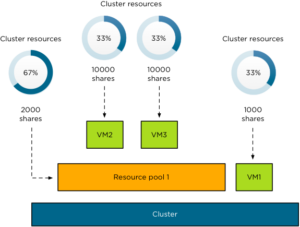 Of course, when DRS is invoked, both VM2 and VM3 will be re-parented under Resource Pool 1 and will again receive the number of shares they had been originally assigned.