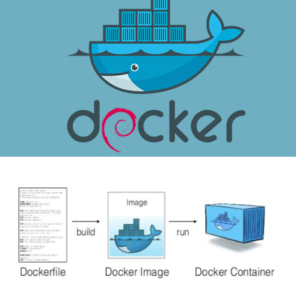 Docker is a container technology launched in 2013 by the company of the same name. There are two versions: the “Enterprise” version and the “Community” version (sufficient in most cases).

A container is a way of virtualizing a system (OS) in order to “run” an application. You can easily package your application code, its configurations and dependencies. Then you can build and launch that image quickly and anywhere.

Docker’s core technology is based on the linux chroot command and cgroups. The first allows a folder in the filesystem to be considered a root folder and therefore to be isolated from the rest of the system. The second limits the resources of the first.

Docker is often referred to as the “new virtual machine”, with containers being lighter and faster. The main cause is the lack of a “Guest Operating System” in a container.

Containers, and therefore Docker, allow teams to narrow the gap between development, validation and production environments. This makes it possible to relegate the famous “it works on my machine” to the past. Also, since it uses less resources, it is easier to scale, a container that can be launched in seconds. 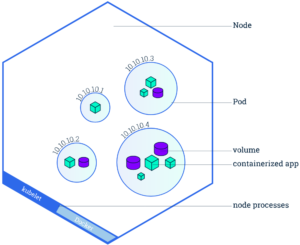 Kubernetes is an orchestration tool launched by Google in 2014, mainly inspired by an internal tool called Borg. Borg was a cluster management system capable of handling thousands of tasks. This is a huge open source project, making it into the top 10 Github projects, to which over 2000 people have contributed. In addition, there is a large eco-system around Kubernetes managed by the Cloud Native Computing Foundation with monitoring tools like Prometheus, logging like Fluentd, or package management like Helm.

Keeping containers active is difficult, and that’s why Kubernetes exists. As Kubernetes declares the required number of instances of a container, if a container crashes, a new one will be automatically created and integrated into the existing network with a powerful auto-discovery feature.

In addition, it allows you to do “canary releases”, or “rolling updates” easily, so the objective of having “0 downtime” is no longer endangered by a deployment.

Other container orchestrators exist, such as Docker Swarm, but they are not as powerful as Kubernetes. Their secret management or load-balancing services are not as complete as those offered by Kubernetes.

In addition, all the major cloud providers offer managed services for Kubernetes: AKS for Azure, GKE for Google Cloud Platform and EKS for AWS.

Head to Head Comparison between Kubernetes vs Docker :

That sums up the Kubernetes and Docker comparison. Hope all your queries are resolved now. Both (Docker vs Kubernetes) are by far two of the most used technologies in the cloud computing industry. Hence, it is high time to start using them if you haven’t already.